Getting the Technology Out There | Quality of Life+ 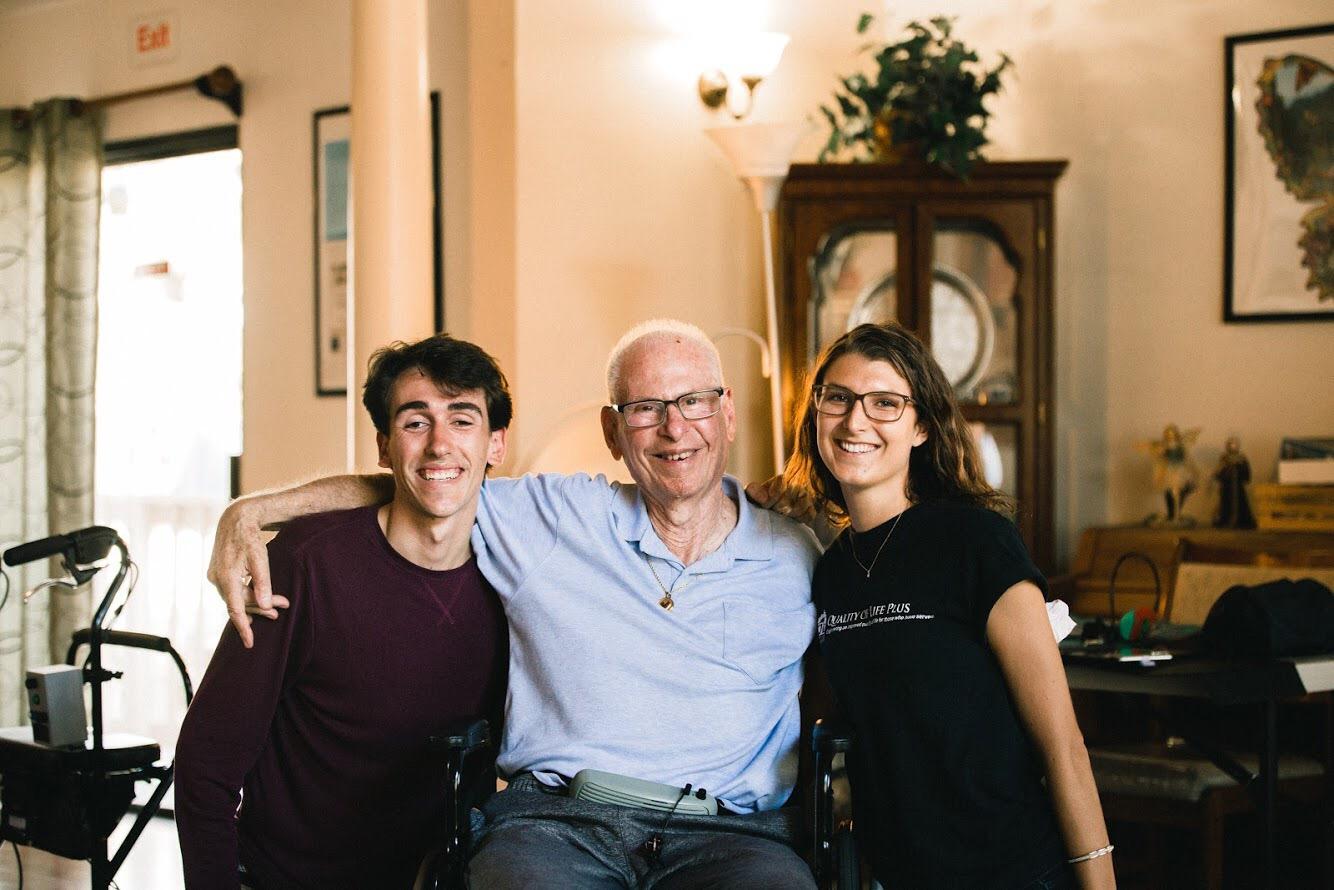 Sidney Collin is the inventor of  NexStride  and is the co-founder and CEO of De Oro Devices.  NexStride is the first retrofit solution that attaches to any cane or walker and uses clinically proven visual and audio cues to help people with Parkinson’s overcome freezing of gait.

De Oro began with a QL+ project at Cal Poly, SLO.  Sidney started working with Korean War veteran and QL+ Challenger, Jack Brill, to design a device capable of alleviating and preventing the freezing of gait episodes he experienced due to Parkinson’s Disease.  "Freezing of Gait" is defined as the sudden onset of immobility.  People who experience it describe it as feeling as though your feet are glued to the floor.

After creating an initial prototype, she saw how much this device was able to improve the veteran's quality of life.  She realized that there was an incredible need for such a device in the broader Parkinson's community.

Major/Minor:  Biomedical Engineering; I minored in Math, but I am one credit shy because I wanted to graduate early to start my company.

Why did you choose your major?
I always wanted to use technology to help people.  Technology is often used for entertainment purposes, which is great, but it can also be used to help people live better lives.  Technology combined with my interest in how the body works helped me decide what I wanted to study.  When I was in high school, I watched a TED Talk on Prosthetic Arms.  After I watched that, I knew what I wanted to do with my life.

When did you decide to create your own company?
After I gave the QL+ Challenger, Jack Brill, the prototype of the device, he brought me to a support group for people living with Parkinson’s Disease.  I knew then that this device could help many people.

Tell us about the QL+ Challenger you worked with at Cal Poly.
Jack Brill is a Korean War Veteran diagnosed with Parkinson’s disease.  Working with Jack made this project real.  It wasn’t just another engineering problem to solve.  Knowing that the work I was doing was going to help him gave me a connection to what I was doing.  Jack is a good friend of mine.  I play chess with him and attend support group meetings with him.

On this journey from college to owning your own company, what has been your proudest moment?
Last week, I gave the device to some people to try it out.  I got an email from one of them.  He told me that he was able to get out and walk to Italian dinner for the first time in years.  He said he walked to Mass for the first time in years.  It was the most walking he’s done a very long time.

Any words of wisdom to our QL+ students?
It’s doable.  When I started this project, I didn’t know I’d have to build code and learn electrical engineering.  My professor handed me a book, and I figured it out. I started building code.  You can figure it out!